Broadly speaking, I am interested in Algebraic Number Theory. More particularly, the problems I study come from Iwasawa Theory, which is a study of behaviours of mathematical objects over a series of algebraic domains. For example, if E is an elliptic curve with coefficients in Q (the field of rational numbers), we could ask how many points on E have coordinates in Q. But we could equally ask, how many points there are if we allow the coordinates to be expressions involving square roots of some number? What if we allow fourth roots? Eight roots? What if we continue forever?

In Iwasawa Theory, we are able to answer this type of questions explicitly.

You can learn more about the subject by reading one of the introductory articles written by Ralph Greenberg. One powerful tool to study this type of problems is p-adic Hodge Theory, which allows us to study the behaviour of representations over cyclotomic extensions (algebraic structures that are defined using roots of unity) at a fixed prime number using Linear Algebra. This often allows us to solve a complex problem by very explicit calculations. The pioneer in this area is Bernadette Perrin-Riou who has developed many powerful machineries which I make use of in my works. Results of Laurent Berger has also motivated many of my works. His notes on the theory of p-adic representations introduce many of the tools used in p-adic Hodge Theory.

To find out more about my research, have a look at my list of publications and academic activities. 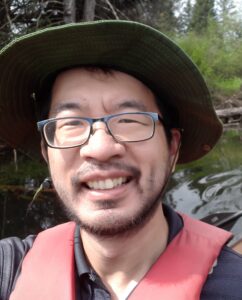